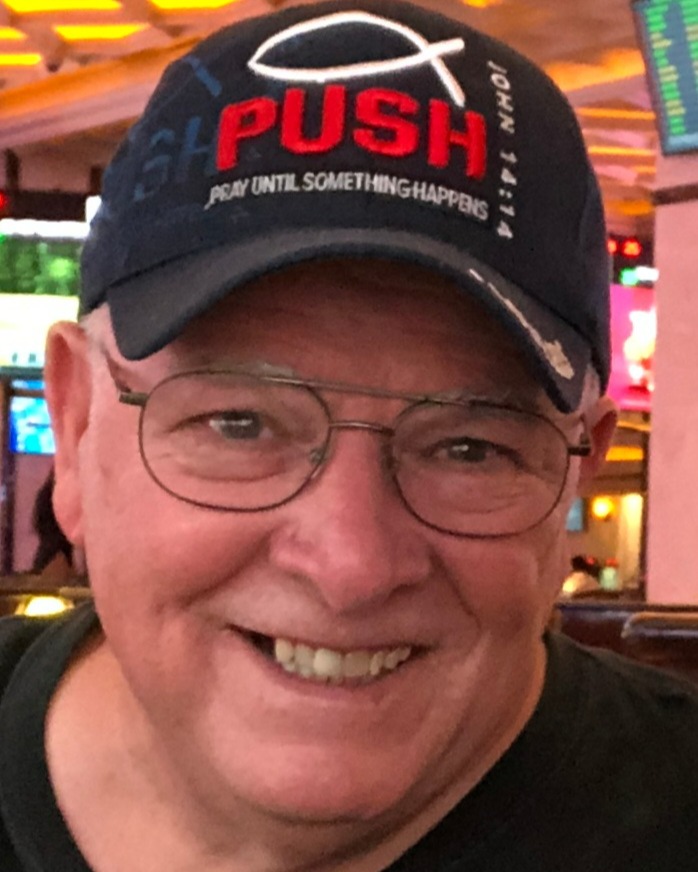 The grace of God is woven throughout Darwyn’s life story. Born two months premature at only 2 pounds, he came into this world a fighter. Throughout his childhood he grew up in a broken home and struggled in school. Sadly, his young life was filled with violence and trauma, but God's grace carried him! In his 20s he landed a job with the Fred Astaire Dance Studio where he taught ballroom dancing and enjoyed his social life–being young and single. He then transferred to Arthur Murray Dance Company where he met and married Donna. They moved from Milwaukee, Wisconsin to San Dimas, California where they raised their three children. He finished his education by getting a GED and pursued a career as a Machinist.

It was during the 1980s that, by God's grace, he eventually decided to leave his former life of rebellion and commit his life to following Jesus and leading his family in faith. He enjoyed many years of Christian fellowship at Calvary Chapel West Covina where he coached and pitched for local softball leagues for 7 years. He enjoyed many rounds of golf with friends and family throughout his lifetime and golfing became one of his favorite pastimes. He and Donna enjoyed hosting church potlucks and pool parties, as well as at home Bible Studies. He often referred to those years in San Dimas as “the golden years” where he enjoyed family life and being surrounded by wonderful Christian friends and neighbors who shared in life and faith. He served in prison ministry, where he shared the hope that he found in Jesus with men who grew up in circumstances similar to his own. After his three children left for college, his marriage of 25 years came to an end. But by God’s grace, another life partner came along to enjoy the second half of his life with. Darwyn and Li spent their years together living in many different places, including Wisconsin, Louisiana, and Angeles City, Philippines. Eventually they came to call Reno Nevada home, where they enjoyed attending Calvary Chapel Northwest Church. They enjoyed the company of many dear friends and neighbors.

Darwyn tried out a handful of careers in his lifetime–ballroom dance instructor, machinist, truck driver, car salesman, and security officer (where he met Hillary Clinton and in true Darwyn fashion, he shook her hand and said: “I like you, but I’m not going to vote for you.”). But of all his occupations, his favorite was retirement! He enjoyed his final years visiting his children and grandchildren, playing cards, socializing with dear friends and even strangers, talking about the meaning of life and how things work, and sharing his gift of gab with whoever would listen. For those who knew him, it didn't take long to pick up on his many quips and clever sayings he used to convey his perspectives on the world around him or just to give others a chuckle. During the last year of his life, we compiled a list of 176 "Darwynisms" and he even shared a new one during his final moments! Darwyn will be missed by many as husband, brother, father, Uncle, “Gramps,” and friend. He left this world preaching and praying for souls to know Jesus. Among his final words were: “Lord, I have done many bad things in my life and made many mistakes, but your grace has always carried me.” And we know with confidence that the grace of Jesus carried him all the way home to his Maker.

Celebration of Life to be held at Calvary Chapel Northwest in Reno Nevada–Saturday April 1st at 12pm with brunch to follow. A special thank you to staff and caregivers at KPC Hospital in Salt Lake City Utah, for your care, expertise, and support during his final days. Friends and family, in lieu of flowers, consider a contribution to help with the medical expenses accrued over Darwyn's extensive hospitalizations. Donations can be sent via Zelle to Lirio Fechner (775-223-8009) or Venmo using @Dean-Fechner (-5235) All donations will be forwarded to Lirio Fechner.

To order memorial trees or send flowers to the family in memory of Darwyn Fechner, please visit our flower store.